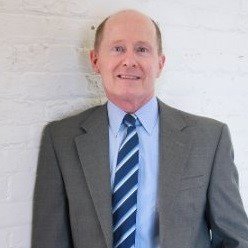 Gary began his business career evaluating companies as a research analyst for a brokerage and investment banking firm. After several years of researching companies in many different industries, Gary decided to see how successful companies are built, managed and grown, from the inside out. With over 20 years of experience working in senior leadership roles, Gary is a Florida licensed real estate professional and business value consultant with Truforte Business Group. He has consulted with business leaders in several industries and has been directly involved in company sales, mergers and acquisitions. As Vice President/General Manager of WINK-TV, the CBS affiliate serving Southwest Florida, Gary helped build a multimedia organization that was recognized for excellence in terms of its people, programming, local news coverage, marketing, sales operation and community service. During his 10 years as General Manager, WINK-TV ranked as one of the highest rated TV stations in the state of Florida. Prior to be named General Manager, Gary was the General Sales Manager of WINK-TV. Under his leadership, WINK-TV became a customer-focused sales organization that achieved its station revenue goals by understanding the needs of its clients, providing effective marketing solutions and implementing new business development programs. Gary is a graduate of St. John’s University, New York, with an MBA degree in Finance and a BS degree in Management. He has been a guest teacher at The Lutgert College of Business at Florida Gulf Coast University, and an MBA Leadership Coach at The University of Tampa’s Sykes College of Business. Gary has served on several boards for non-profit organizations and was named one of Gulfshore Life’s Men & Women of the Year for business leadership and community service. He has been helping SWFL business leaders achieve their goals since 1990.

Get in touch with Gary Gardner today!